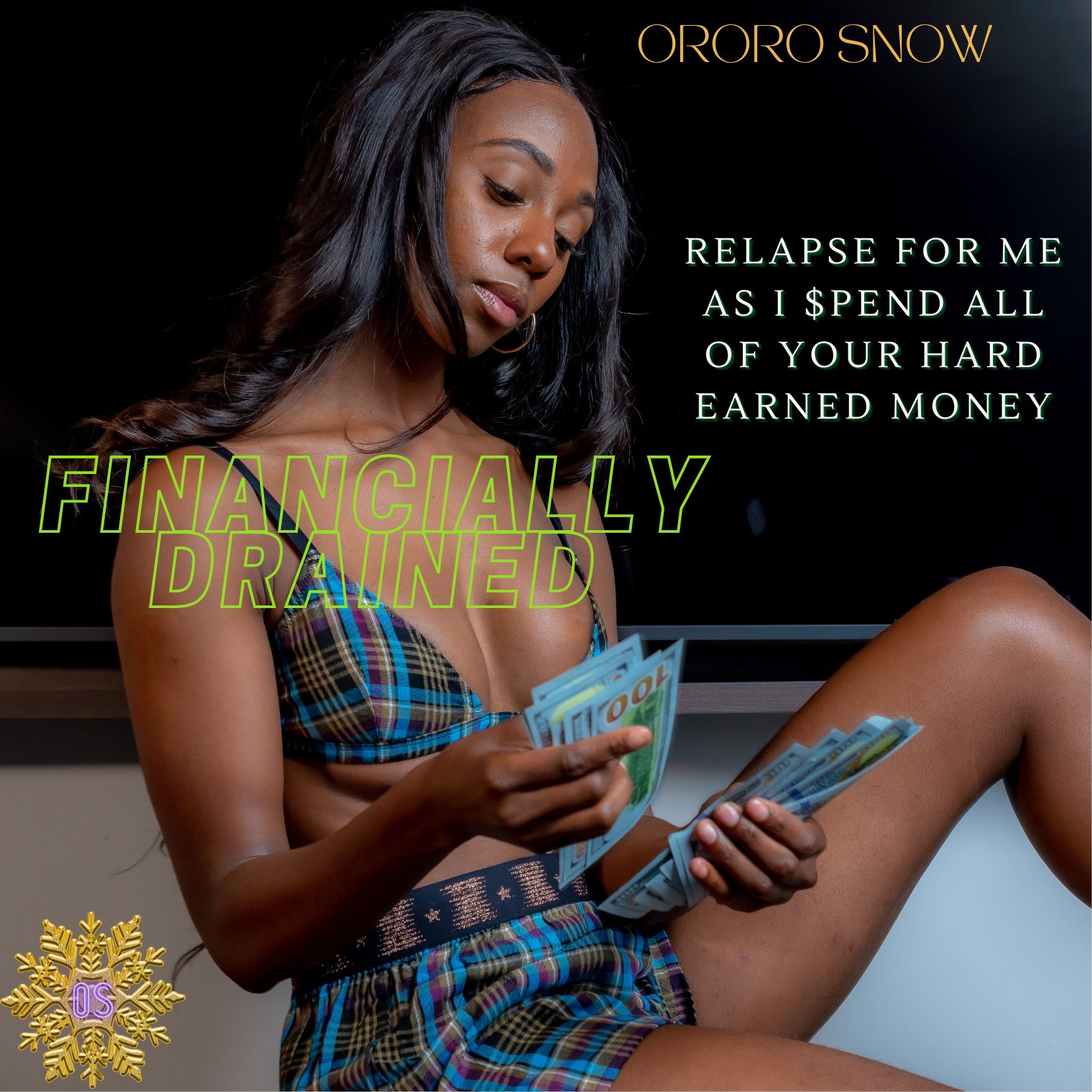 Theres a topic of conversation that seems to revolve around Dominatrices that lure the annoyance of just about anyone who speaks on it, FINANCIAL DOMINATION!!

We all know that since the beginning of time men have linked their puny little dicks and self worth to the glamour of financial freedom. So what is all the fuss about being financially drained? I will take the road less traveled and give my opinion. 5 main reasons Findom rules our brains if your will.

Much like that tiny little dick of theirs they want to show it to you for the Ouuu’s, Ahhhh’s, and snickers but they couldn’t throw it at you if it were the last thing of value in a burning building. It just wont make the cut boo. Now here’s the kicker of these petty flashers. They may have the means but they are little bitch boys that get off on luring in new Dommes that don’t know how to spot a “flashy” time waster yet. Being that they get off on the “I’ll give you all this money if…..” factor showing you a screenshot or downloaded video of money flashing gets them railed up enough to play the game but not to pay up.

Now I don’t much follow the discord of the Findom wars or discord in general, its not a high vibe practice but I will say this, being a judgy b***h, Findom isn’t for everybody! It’s a long intricate journey that takes brains, strict rules, and bookkeeping skills. Don’t believe me? Read these!!! Its a list of articles on Findom that I have read and revisited over the course of my journey. Findom has that stigma of “I’m a rich bitch” but you gonna have to do work for that! I wont yuck and yums but unless your Domination style is beginning to pay you more than scramble your brain you are Findomming it yet. All hope isn’t lost, but in a sea of Findoms, wannabes, and lame lurkers you may want to try a niche that truly inspires you…. the financial ruin of the sluts will soon come after.

#3 – Finsubs are a real thing with real needs

Yes it sucks but the real Findom money won’t come from just saying pay me on Twitter. I frequently say this to broke bitches that try to barter MY time for their lame unwanted ass services…… You don’t walk into Hermès and as if you can get a Pegase au Bloc embroidered scarf 140 for free or a discount, you just wouldn’t. The same goes for those high paying servants. I’ve had my share of $500-$1000 tributes and i tell you this much you can indeed have this work of art from Hermès when you want it but there has to be some work done to get it. Saying Fuck you pay ME isn’t gonna cut it when you want a servant to fund your life. The connection needs to be built and you’ll need more than a pretty face for it to connect.

#4 – Atm’s, Cashcows, Finsubs, and TPE slaves aren’t your run of the mill gooner.

When you are getting large lump sums of cash from servants they will need a chunk of your time in return. it’s the quid pro quo here. One of my more lightbulb defining moments into findom wasn’t the $500 instant tribute chastity boy that found me on YouTube, it was my objectification servant that wanted nothing more than to work harder so that it could automatically tithe me 10% of its total income every week. That increased my income an extra couple grand monthly and I got to know and curate a better relationship with that servant. Difference being the $500 tribute wanted to constantly speak to ME and wanted ME to own him in the way he wanted instead of training under MY way & rule the object had long expensive conversations with me about what it wanted and about what I was available to offer it before taking that leap.

This is not entirely true. There is lots of content, articles, clips, videos, Workers and podcast about the intricacies of Findom. However it seems that the majority that get into the world of Financial Domination fail to do the research. I’ve done it for you already find resources here. I couldn’t say why but it could be the line of thinking that simps are easy to manipulate. Partially true, sad news tho, subs with large amounts of money to blow aren’t easily manipulated. They must feel they are getting bang for buck in the D/s relationship. Listen to MY podcast wherever you listen to podcast to learn more on the in’s, out’s, do’s, don’ts, and secret tips to becoming a true findom giant in your own right. Available everywhere starting Locktober 1st.

If you wish to be a featured guest on The Piggy Bank Podcast either as a Findom or a Finsub email me directly at ThePiggyBankPod@OroroSnow.com.